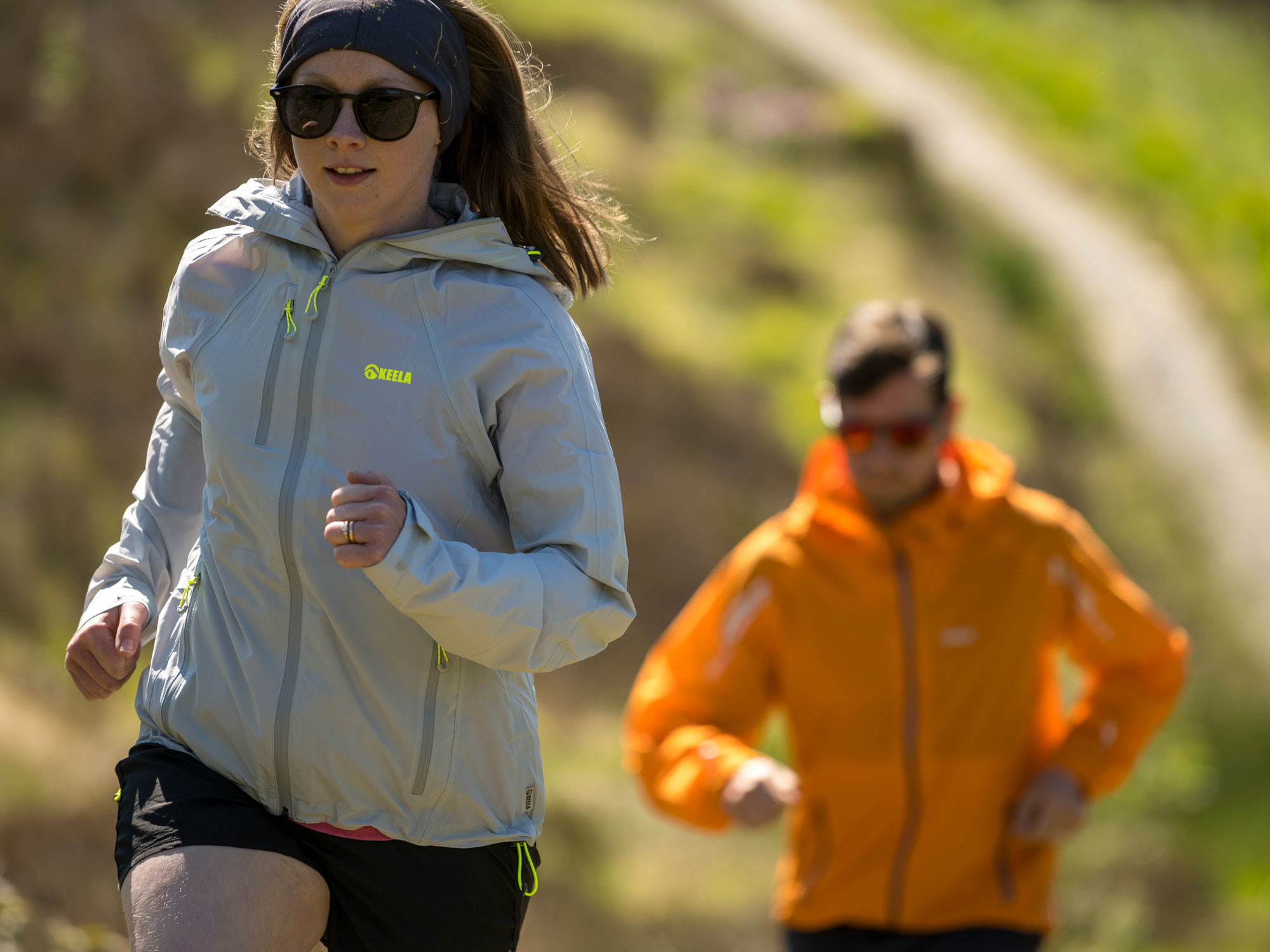 This lightweight jacket is great for runners and cyclists.

Keela is a Scottish outdoor clothing brand and they’ve been going for more than 30 years. They supply the emergency services including mountain rescue teams with specialised gear, so you know it’s going to be good.

If you haven’t tried Keela before, it’s worth checking the sizing as the jackets are sized a bit smaller than normal. I am a medium in pretty much anything I wear, but when the medium Saxon jacket arrived, it was like a tent on me! I remembered once being at a trade fair and chatting to one of the Keela team, who said I would be a small in their sizing. So back went the medium and when the small arrived, it was a much better fit for me. It is still pretty neat around the waist and it would be difficult to wear it with a heavier jacket underneath.

The Keela Saxon jacket on test

This shell jacket is aimed at runners and cyclists as it is lightweight and can be stowed in a backpack or pannier until it’s needed.

Made from Keela’s own Fylite Aqua fabric, this is designed as an activewear jacket. It’s fully water and windproof with taped seams. As mentioned before, I was happy with the small size, although I suspect the sleeves are cut more for cyclists, as they come up a bit long. When I tried this out on the bike, the sleeves were perfect as my arms were bent. There are handy thumb loops too, which stop the sleeves riding up. The cuffs and waist are adjustable and the jacket has a fishtail back. There’s a waterproof one way zip with two zipped hip pockets and a zipped back pocket which I liked. Again, probably thinking of the cycling community here.

The jacket comes in four colours, Morning Fog, Saffron, Signal Orange or Marine. I opted for Morning Fog, which is a silvery grey colour. It’s been perfect for those dark, early morning runs even if it isn’t raining as I know I’ll be seen. The jacket has reflective trim, but the Signal Orange version has additional reflective stripes. I’m not sure why Keela didn’t just apply these to all the jackets.

One of the best aspects of the Saxon is that the neck is cowl shaped, meaning that it zips up really high to block out any wind or rain. The hood also rolls up around the neck and can be secured with a Velcro strap. I like hoods that fold away – I can’t stand when they flap about in the wind. To be honest, I can’t see the point of wearing a hood on a bike as it can reduce visibility, but this hood is big enough to go over a helmet and is adjustable. It also has a neat peak at the front to stop that rain dripping into your eyes.

All in all, this is a great lightweight jacket that you can stow in a rucksack until you need it.