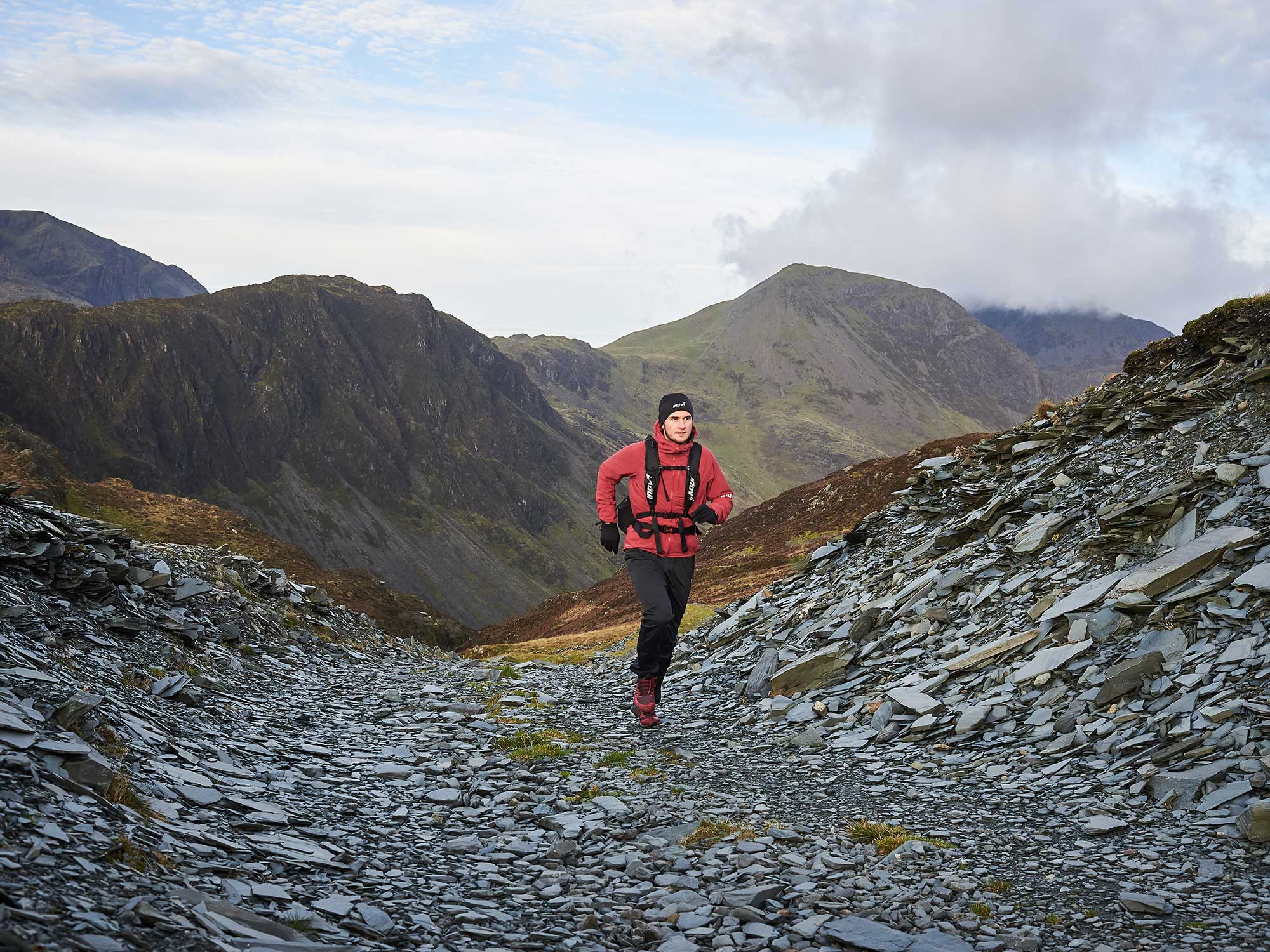 I confess. I hated cross-country running at school, bunking off to my mate Richard’s house whenever I could, to listen to his big brother’s Genesis albums. I guess it was a combination of the weather and the wrong gear that put me off.

So, fast forward to me aged around 50, and I wouldn’t dream of going running in the old rubber gym shoes we had then – there are much more hi-tec versions available.

I’ve been through a variety of running shoes, but I had never tried any from Inov-8. The brand is very popular with other runners I know, so I decided to try the updated Roclite 315, a shoe specifically designed for uneven and unpredictable terrain (perfect for canicrossing!).

They feel a bit heavier than my other shoes, but then they look pretty tough. The toe cap alone seems rigid and up to any puny tree roots that might think about getting in its way. The soles look rugged, feel firm and the lugs are deep and constructed in a way that will let mud slip away. 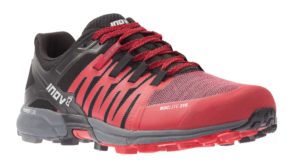 I am a size nine and the shoes are a size nine, but I needed a shoehorn to get into them – there wasn’t a lot of give on first wear. Three months on, and they are pretty much the same. That’s fine though. I don’t want my foot flopping about – I want it contained while I am running. I also don’t want stones getting in over the top of the shoe. There is a heel cage that surrounds and supports the rear of the foot, acting as a shock absorber on punishing surfaces.

There are even special loops – which enable you to securely fasten gaiters – when running in extreme weather.

I canicross about twice a week harnessed to my Springer spaniel, Ruby. On other runs, she just trots alongside me, unharnessed. When I am connected to her, I tend to go a bit faster (especially downhill), so I need a shoe that has a lot of grip.

My first outing was actually in patchy snow along a trail I know very well. Some of the snow was compacted and I was worried that I might slip. The 315s crunched deep into the snow and I immediately felt pretty safe. They were also very warm in that sub zero temperature. There is a Gore-Tex liner welded to the fabric of the shoe (invisible fit), and certainly when running through wet grass, my feet remained pretty dry. Canicross can mean fording a stream or two though, and if the water comes over the top of the shoe, then no amount of Gore-Tex can keep out the wet!

My feet felt extremely secure in the shoe, and this is due to a special ADAPTERWEB cradle built into the shoe which cups the foot and allows for swelling and movement during a run. I’ve since put in a few more miles in the shoes, covering dusty tracks, muddy bogs and slippery stone. Performance is great on all these surfaces, and especially in the mud. Occasionally I feel that I might slide when I am running up a muddy slope, but the shoes seem to dig in deeper and find some traction to get me up. Coming down is good too. I tend to run sideways down slopes, and the outer edge lugs help with grip in a situation like that. The shoes feel stiffer than what I am used to while running, and that’s no bad thing when running on uneven terrain. Tree roots and sharp stones melt underneath your tread!

In summary, the shoes feel like they could be put through anything and they’d survive. The build quality and features mean that they are not the cheapest shoes on the market, but they will protect your feet, help you to stay upright in the toughest terrain and they might even improve your running.