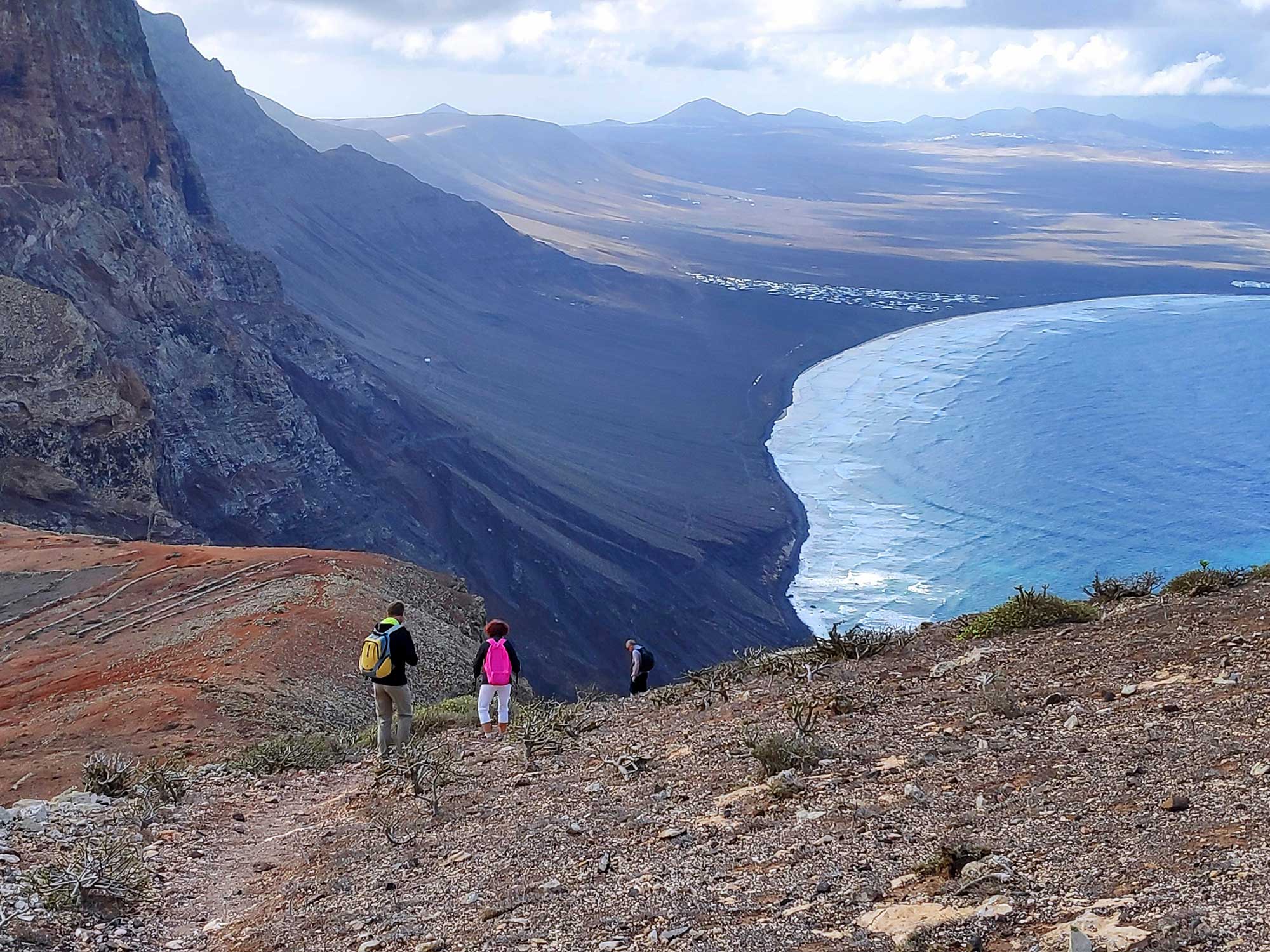 Neil Braidwood heads to the Canary Islands to stretch his legs in warmer climes.

The Spanish island of Lanzarote is made up of more than 300 volcanoes, dormant and extinct. This makes for an otherworldly landscape – jet black lava fields stretching as far as the eye can see, craters, peaks and gravel screes plummeting 500m into the ocean.

The climate is temperate here – averaging 20-22 degrees all year round, however, on the day we arrived in early December, there was a torrential rain shower. “We only get around 20 days of rain a year,” explained Josh, from Lanzarote Retreats, who collected us from the airport.

We (my wife Maureen and myself), were staying at Finca de Arrieta – the company’s mini eco village in the north of Lanzarote. Our home for the next four days was the Chiquitita yurt, spacious, with adjacent kitchen and shower room. Think glamping, without the mud!

There’s a variety of options in the eco village. There are stone built villas, or yurts for entire families. Each property is secluded, and has its own entrance. You are totally off grid here too, with all electricity coming from a combination of solar panels and wind turbines. Water is in short supply on the island (apart from the day we arrived!), so you are encouraged to save this precious resource. A plastic trug is supplied to catch water in while you shower, so you can use this to flush the toilet, or water the plants.

The former fishing village of Arrieta is close by (10 minutes along the beach), where there are a few decent restaurants if you don’t feel like cooking, or a supermarket if you do. 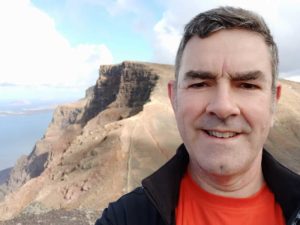 Lanzarote Retreats organise a number of events throughout the year, from yoga and surfing weekends to a full blown eco festival, but the one we were interested in was Walk the Rock, a week-long walking trip from the north to the south of the island. We had missed the 2019 event, but were promised a flavour of it by Raquel from Blackstone Treks & Tours, who helps lead some of the walks. She collected us from Finca de Arrieta and she drove us, and some other guests, to the village of Maguez, where we would start our walk.

The other walkers in our party were from the Netherlands and the Republic of Ireland. All looked fit, but Raquel was at pains to point out that this was not a strenuous walk. “It’s mainly on decent paths but with spectacular views,” she explained (so I guessed we had a bit of climbing to do!)

Raquel handed out some snacks and walking poles to those who wanted them, and we set off. We passed steeply terraced smallholdings clinging to the mountainsides, however, many had been abandoned, and we noticed landslides and erosion in places. There wasn’t much to see in terms of wildlife, however, Raquel said that often you could see vultures soaring on the thermals.

Raquel pointed out the green shoots that were appearing through the black volcanic gravel at the side of the road. She explained that the gravel acts as a moisture trap, and it’s part of the reason why the vineyards in the south of the island do so well. The Lanzarote Malvasia grape is hardy, and the wine it produces is light, fragrant and a big part of the economy here.

View from the top

We climb higher, until finally we come to a cliff edge where we can see part of Graciosa Island to the north west tip of Lanzarote. Raquel explains that although you can visit Graciosa, there are no cars or roads there. Blackstone do walking tours there, where it can take a full day to circumnavigate the island.

We start to descend, with the town of Famara far below us on the edge of a beautiful bay.

Leaving the cliff edge and beginning to turn inland, we continue downhill where eventually we reach the village of Haria, where there is a weekly market. We stop briefly to chat to a man who is making baskets from palm leaves. His hands are calloused and hard from the work, but it is all he knows he says. He has been working with the leaves all his life, and he is in his eighties now.

The village is pretty, and after our long walk, we are pleased to see bread and cheese for sale along with jewellery and other crafts. Raquel tells us that only things that have been made locally are allowed to be sold here, as many markets on the island just import cheap products. It’s a great way to support the local economy, so we buy some lunch, before heading back to the van and home.

Our walk had taken around three hours with an ascent of around 300m (you have to work for spectacular views). Time to put our feet up and relax with a glass of white wine – from Lanzarote of course!

Blackstone Treks & Tours, a local firm organising hikes all over the island, run an annual walk at the end of November from the north to the south of Lanzarote called ‘Walk the Rock’. The event spans four days, with transfers back to your accommodation at Finca de Arrieta at the end of each day. Other walks are available throughout the year.