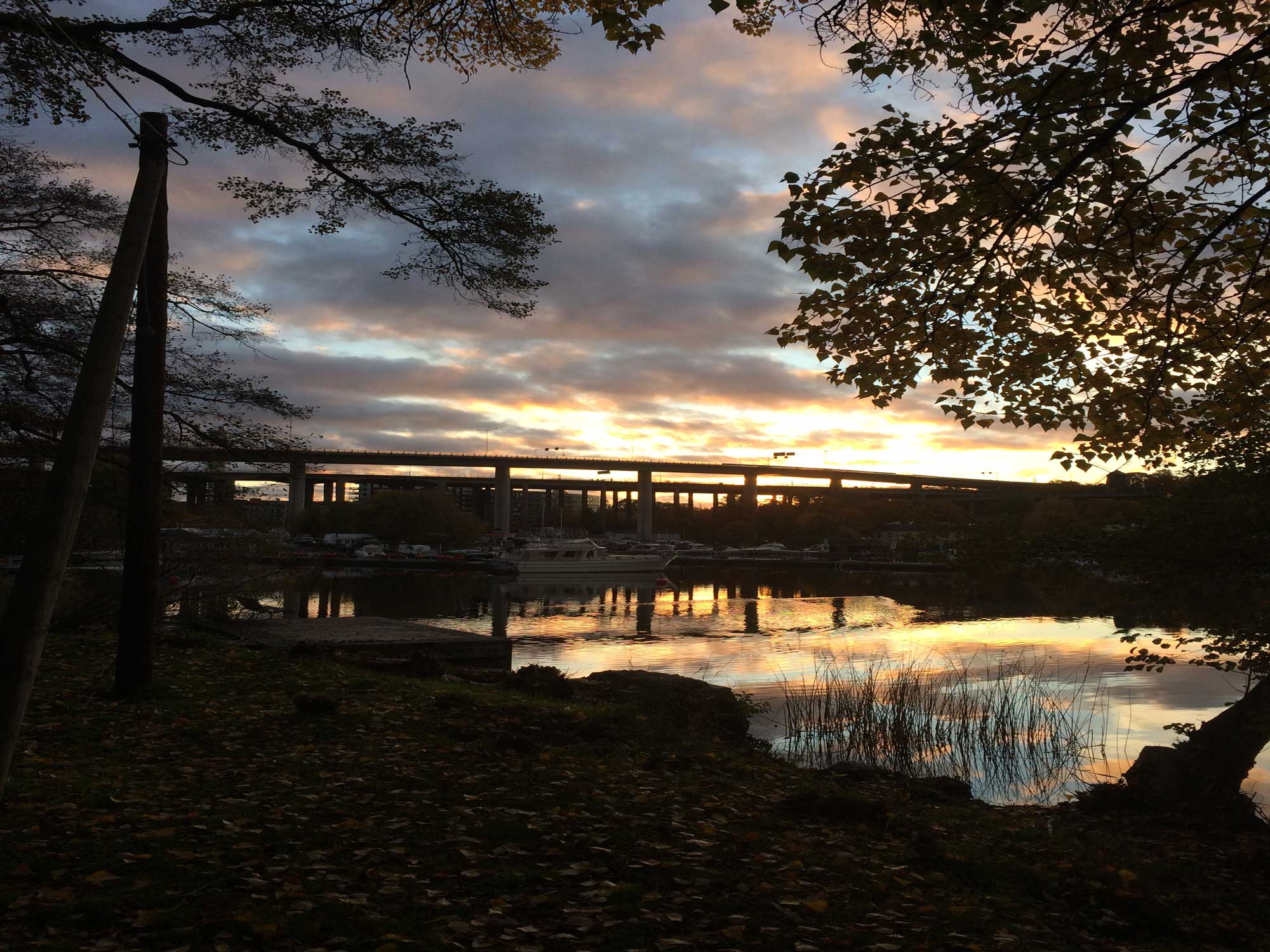 Earlier this year I visited Copenhagen for a short citybreak. I am determined to visit all the Nordic capitals, and so this autumn I flew to Stockholm for a few days.

We (my wife and two adult sons) were determined to cram in as much culture as we could, but I had secretly packed my trainers, as I was sure that I could slip away for an hour or two to enjoy a run.

Stockholm is similar to Copenhagen in that it is built on a number of islands. Consequently, there are rivers, bridges and quite a few green spaces. There are plenty of organised running tour groups that have insider knowledge, and charge accordingly – but I just wanted to explore – so I had a look at the Suunto website and found a couple of likely spots near to where we were staying in Södermalm. My chosen run was named Trails, Cobbles and Castles – but I have to say, I found no trace of a castle on the run.

I got up just before the sun was up and jogged down to the start point, which was a public swimming pool in the shadow of a huge road bridge. It was easy to find – there must have been a tournament happening, so I just followed all the athletic young swimmers.

It was cold – around 3ºC, but I always dress in shorts and T-shirt no matter what the weather as I always warm up! Other runners were wearing gloves, hats and jackets, so I felt a bit underdressed. The sun was coming up over the bridge and I set off along the trail with the water on my left (I figured I couldn’t get lost!). I met a few other runners and actually passed a couple of outdoor gyms, with people actually using them! The ones I’ve seen in the UK look very unloved.

The trail was flat, easy going and I passed little wooden cabins and boats moored at jetties. About 2.5k in and I neared another bridge which I knew from my map I needed to cross to get to the wooded trails beyond. Once on the other side, the birch trees closed in on me, but I felt great, running in this new city.

Towards the end I got a bit unstuck. The Suunto directions were vague to say the least, and even though I’d downloaded the route to my watch, I struggled to find the way up to the bridge to find my way home. I came across a station, and was tempted to hop on and let the train take the strain for the rest of the way, but I soldiered on, and though I was going in the right direction, I seemed to be on another bridge entirely.

Never mind, my run had been a real thrill, and I even came across on a flea market on the way home.

Five of the best: Stargazing in Scotland