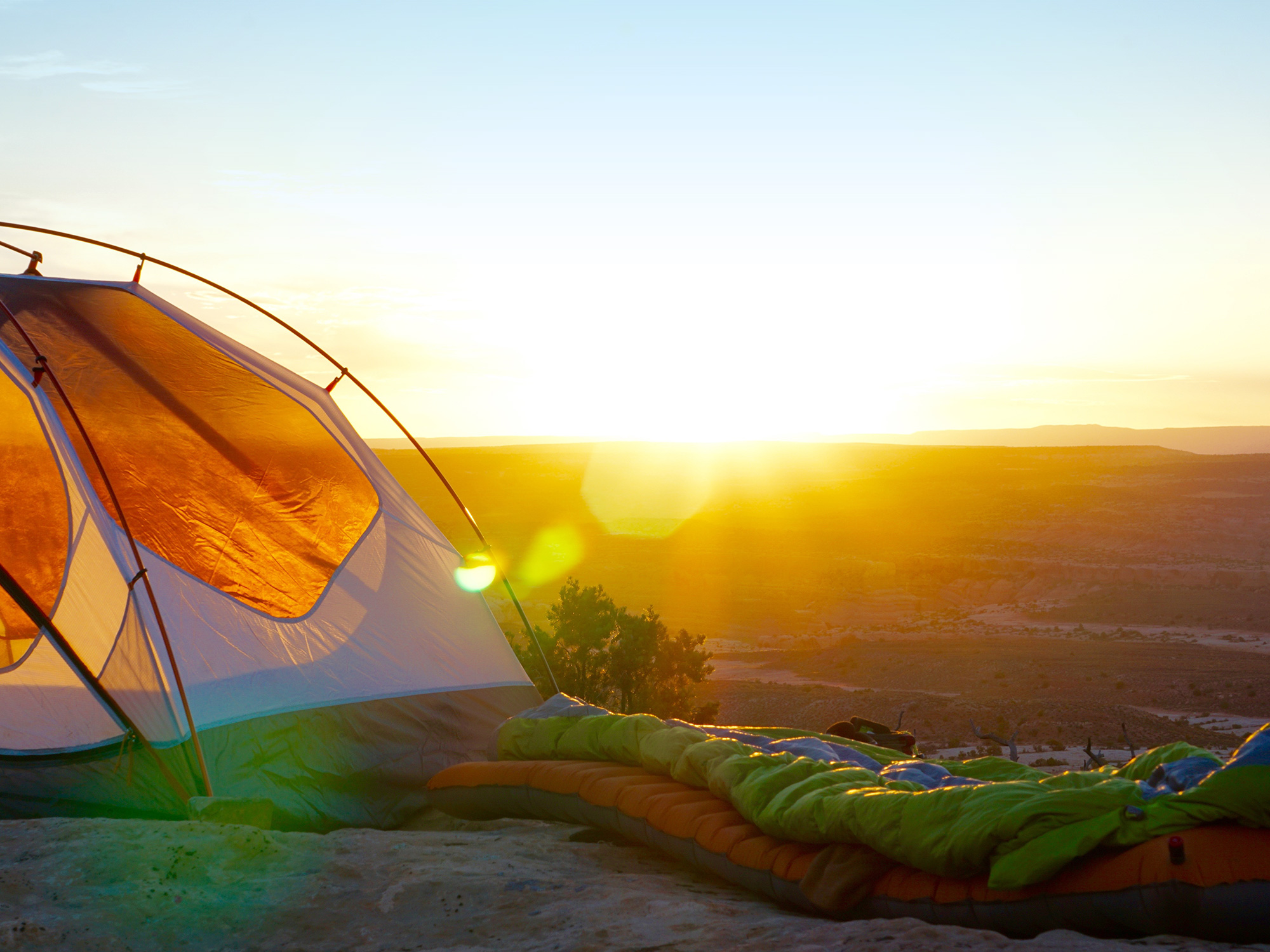 Bivvying, or sleeping in a waterproof bag outside, is not for everyone. But everyone should try it – at least once – to experience the outdoors in a totally different way. Neil Braidwood tries it for the first time.

The Scottish weather is unpredictable to say the least. It is common to hear the phrase “four seasons in one day” from fellow walkers.  So when hiking in the hills, overnight stays are more often than not spent under canvas (or these days, rip-stop nylon). Modern tents are lightweight, dependable and affordable. You’d have to be mad to wriggle into a waterproof bag and lie down in the heather – wouldn’t you?

But doing just that, or bivvying, is as old as the hills themselves. The bags have moved on though – many now being made from Gore-tex to allow them to breathe and keep out the rain. Weighing only a couple of hundred grams, they are becoming a popular way to spend the night, especially if you need to travel light, but more than that, by sleeping in the fresh air you find yourself interacting with your natural surroundings more than if you were zipped up in a tent.

My first exercise in the art of bivvying would take me to an area of woodland in Midlothian, far enough from home to feel like I was in the middle of nowhere, but not that far from civilisation should I decide this was not for me.

With a bit of advance planning, I’d already scoped out my site on a previous walk – it was far from a footpath, so I wouldn’t be disturbed, near a burn should I need water and sheltered by birch trees and broom bushes. I would be facing west, so I would even catch the sunset.

My bivvy bag was a Terra-Nova Moonlite. This is at the top end of bags you can choose from, costing around £100. It is breathable, waterproof and has the added advantage of a mesh face area, so that you can sleep protected from midges (useful in Scotland throughout summer), and don’t feel so claustrophobic. You could sleep in a bin bag if you wanted – it’s much cheaper and waterproof to an extent, but with the average sleeping person expelling half a litre of moisture, the inside of the bag would end up very wet indeed, as the plastic has no breathable capabilities.

I had my sleeping bag – a Vango Fuse, one of the new breed of lightweight bags, using a mix of hydro-barrier down and synthetic insulation that performs well in cold conditions.

As much of your body heat is lost into the cold ground, a mat is an essential – even when you find thick tuffets of grass to nestle into. I was using a Therma-lite sleeping mat. Being made of foam it is virtually indestructible, moulding to the contours of the ground. 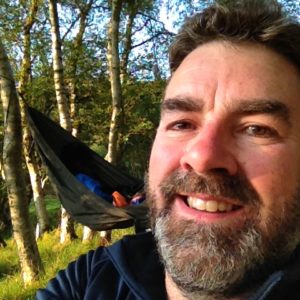 One other new item in my pack was a hammock. I have never slept in a hammock, yet these are also gaining in popularity as a lightweight sleeping method. I figured I would take it along and if I didn’t like it I could revert to the traditional method of lying on the ground. The hammock is exceptionally light and small – this model, made by Snugpak, is made from durable parachute silk, and it weighs in at a mere 590g. An optional extra is the Cocoon – a thermal system kind of like a duvet for the hammock, but I chose to leave behind as it was extremely bulky, trusting instead in my sleeping bag.

My bedroom for the night was around a mile from the road, and I met no other walkers as I made my way there. I had been hoping for a clear night, so I could make the most of a sky full of stars, but as we all know, clear nights are cold nights. Instead, thick fog was forecast, so although I’d be warmer, I wouldn’t get my view.

Stringing up the hammock was one of the easiest things I’ve ever done – supplied pre-knotted parachute silk cords are wrapped around your two trees of choice, and then the hammock is clipped to the loops using attached aluminium carabiniers. Voila! The hard part was getting in. Thankfully, there is a lot of fabric, so once you have positioned your rear end in the middle of the hammock and swung your legs into it, the material wraps around you, and keeps you in place. I had misjudged my positioning of the hammock, and it was slightly angled, meaning I slipped down the bed. Once adjusted, it was fine, and I felt very safe between my two sturdy birch trees. Rolling over didn’t feel like an option, and as I normally sleep on my front, I wondered how the night would pan out.

I pushed the sleeping bag into the bivvy bag – there was plenty of room – which was good. If your sleeping bag is compressed it doesn’t keep you warm. I placed the bags into the hammock and sat back on my mat to watch the sun dip below the trees in the west. I could hear the river gurgling below and more worryingly, the yip-yapping of foxes quite close by.

I have to confess, I was a bit nervous about my first bivvy. I am a seasoned camper, but in tents, zipped up against the elements and any perceived dangers beyond. I felt vulnerable in the open air, but at the same time I felt a kind of thrill of doing something out of the ordinary.

As the light faded, I very delicately wriggled into the sleeping bag. I’m glad no-one was watching as it must have looked ridiculous, violently swaying back and forth, but finally I was in. There’s a handy pocket halfway along the hammock for a head torch or glasses, so all I had to do now was lie back and go to sleep. I zipped up the bivvy bag opening – just halfway – in case I needed to escape quickly.

Of course, I hadn’t had a hard day walking in the hills – this was an experiment – so I wasn’t that tired. But as the fog descended, and the birdsong ceased, my eyes started to close. Of course, I kept opening them, as it was a novelty to see the branches above me, rather than the inside of a tent. The foxes kept wailing – I felt they were nearer now, and I was glad I was suspended in the air rather than being exposed on the ground.

I lay almost motionless, drifting in and out of a kind of sleep, until around 2am, when I started to feel cold. My weight was compressing the bag against the base of the hammock and that whole area was uncomfortably cold. I had to do something about it. I got up, and pushed my foam mat into the hammock and repositioned myself on top of the mat. It felt instantly much warmer, and I actually fell into a deep sleep.

My alarm clock next morning was birdsong – a cacophony of it – and the sun, at around 4.30am. The inside of my bag was a bit wet – not from the outside, but condensation from my body and breath. I decided to get up – my experiment was at an end. It was still foggy, and the moisture in the air had covered hundreds of little spiders’ webs, making them look like silver threads spun between the branches of the trees.  It was pretty magical, being there, alone in this spot. I brewed a cup of tea, and took in my surroundings as I sipped it. My first overnight bivvy was complete. But would it be my last? 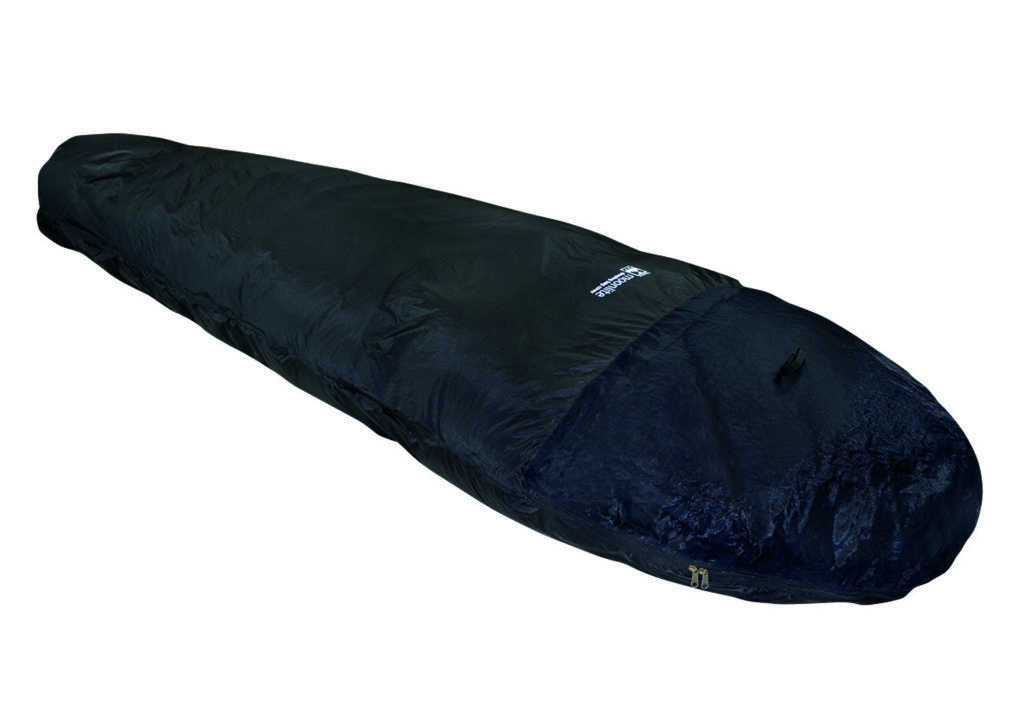 Neil used Terra Nova’s Moonlite bag, £100, but they also do a survival bag at £70, which doesn’t have the mesh face area. The Snugpak Tropical hammock costs £34.95 and weighs 590g. At nearly 2kg, the Cocoon extra might seem overkill, but when hammocking in Scotland, it is a good way of keeping warm. It costs £79.95, and although it envelopes the hammock like a giant banana skin, it should be used with a sleeping bag.

Neil used the Vango Fuse, a hybrid down and synthetic filled bag good to -6 degrees C. It’s great for bivying, as it has an abrasion and water resistant shell, making it durable under testing conditions. It has a 3D hood, and stuffs away into a dry bag. £180.

If the weather is looking nasty, a tarpaulin might be a good option to serve as a rudimentary raincover. MSR have a range of lightweight shelters – we like the Rendezvous Wing 120. The clever shape means water just rolls off. You can string it between trees, or leave the poles behind and use your walking poles as supports instead. If you are travelling for long periods, another addition to your pack might be the Platypus Meta bottle. With a water filtration attachment, you can scoop up river water safe in the knowledge that 99.999% of bacteria will be removed. £40 for 1litre bottle and filtration attachment. 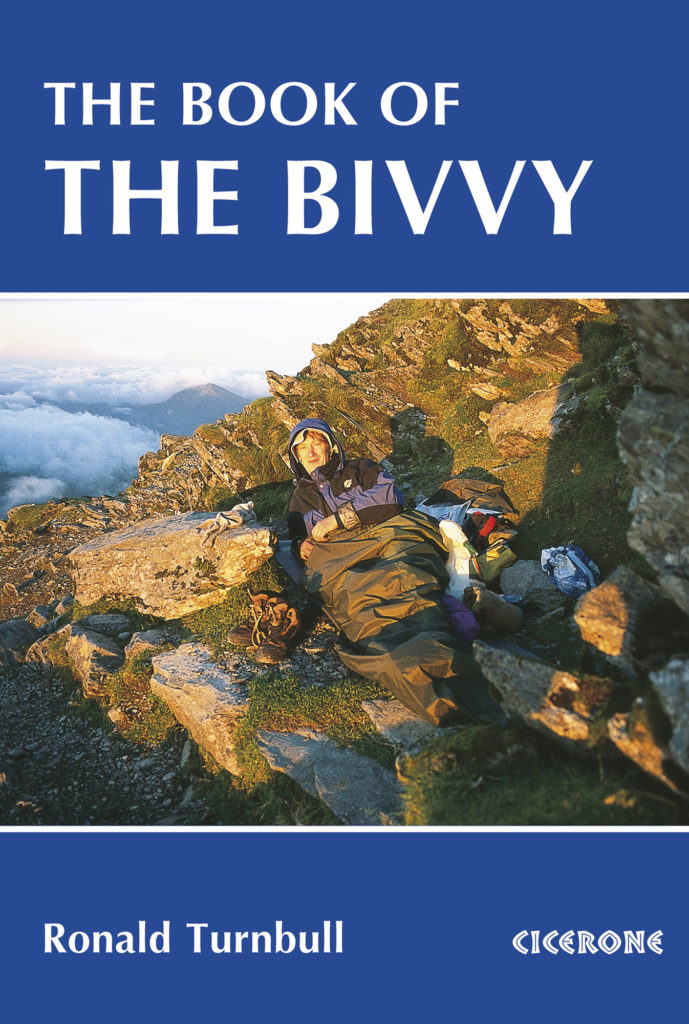 Ronald Turnbull’s Book of the Bivvy (Cicerone, £9.99), is a hilarious account of one man’s battle with the bivouac. The book has suggested routes across the UK.